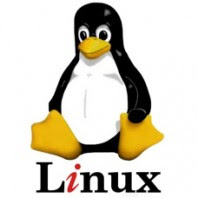 Single user mode is the one of the Run level in the Linux operating system, Linux operating system has 6 run levels that are used for different requirement or situation. Single user mode mainly used for doing administrative task such as cleaning the file system, Managing the quotas, Recovering the file system and also recover the lost root password. In this mode services won’t start, none of the users are allowed to login except root and also system won’t ask for password to login.

Command mode is the very simple method, just need to enter the following command by login as root. This is very useful when you are enabling the quotas for the user, because it will not restart the server; it only stops the services which are running at the current run level.Init is the command to change the run level where as 1 is the mode of run level.

Inittab is the flat configuration file that handles the mode of system starting, can be found under /etc directory. While system boot’s kernel reads this file and starts the init process according to the entry made on that file. Inittab file entry ranges from 0 to 6 run levels, we requires only single user mode.

So open up the inittab file.

Edit and change the following.

Start your machine, machine will display the counting; press any key to enter in to the menu. 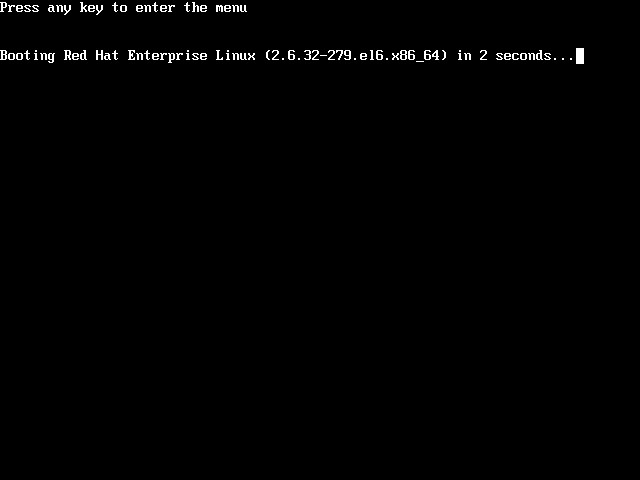 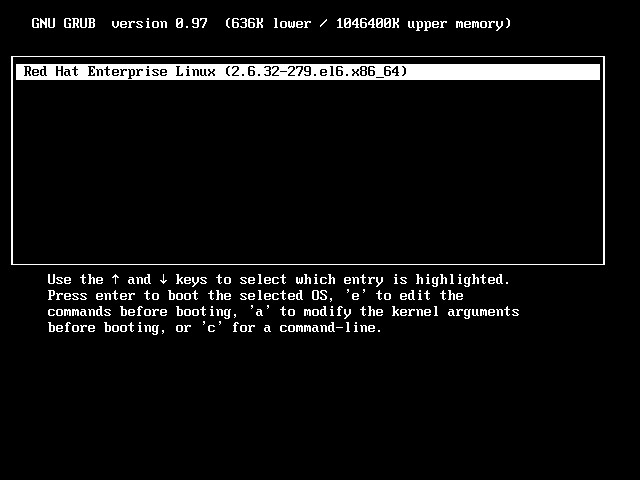 At the end of kernel type single and then press enter. 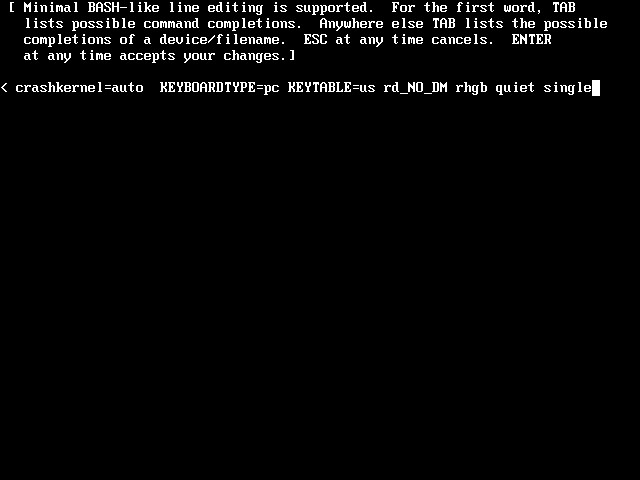 Now you will get the hash prompt without asking root password. 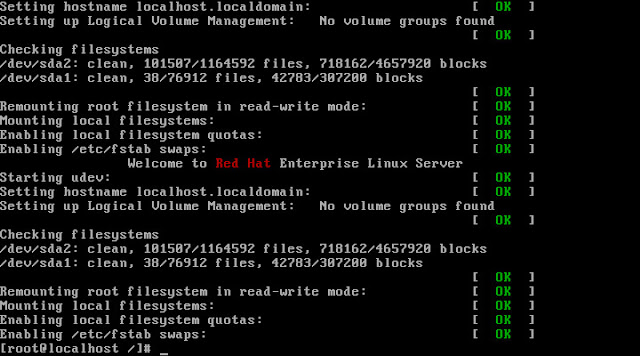 The last method suitable for recovering the lost root password, this method is viewed as security vulnerability because it does not ask password. You can just issue the passwd command to reset the password.