RAID refers to redundant array of independent disks, it help you to combine multiple storage disks into single logical unit. Data is distributed across the disks, depend up on Raid level used. Multiple raid levels are available, we are focusing on 4 raid levels which are most widely used on IT industries. 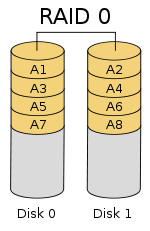 Data splits across the disks.

Can not recover the data if any one disk fails. 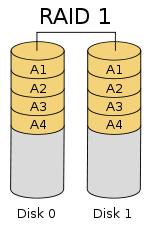 Provides disk space as big as half of disk space combined or smallest member disk of the raid group. 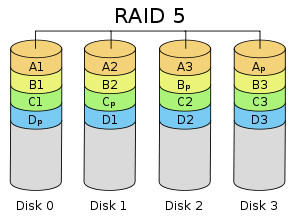 Data splits across the disk with parity of data.

Provides disk space as big as smallest member disk multiplied by the no of disks minus one.

Data redundancy through the parity data. 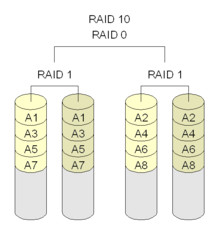 Data splits across the mirrored disk.

What RAID level should you choose for a desktop PC?

How To Install MariaDB on CentOS 6 / RHEL 6

How to Monitor Remote Linux Servers with Cacti